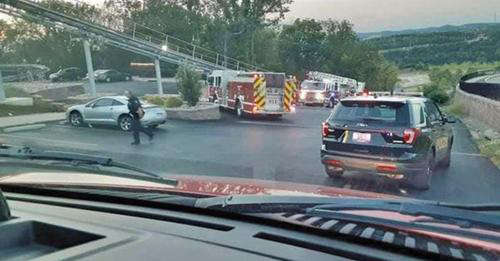 A lawsuit has been filed on behalf of the 12-year-old Tennessee boy who was critically injured last year on The Branson Coaster.

The story from Jason Wert of the Branson Tri-Lakes News:

Aalando Perry was injured on the coaster on June 20, 2021, after he fell from the car he was in and became entangled between the car and the coaster frame. First responders needed more than an hour and 40 minutes to free Perry from the coaster; Branson Professional Firefighters Local 152 called it “a very difficult technical rescue” on their social media channels.

The accident closed the attraction until July 9 for safety inspections, investigations of the accident, and evaluation of the critical components of the ride.

According to the court filing, Perry suffers from a condition called Marfan Syndrome. The Mayo Clinic says Marfan is an inherited disorder which impacts the connective tissues of the body, the fibers which “support and anchor your organs.” The disease can cause disproportionately long arms, legs, and fingers; heart murmurs; an abnormally curved spine; extreme nearsightedness; and flat feet.

Perry’s eyesight has been impaired by the condition to the point he is nearly blind.

The lawsuit claims prior to getting on the ride, the staff of the Branson Coaster were told about Perry’s condition, and were asked to allow him to ride in a “double cart” which would allow a second rider to control the break and speed of the ride.

“They felt it would not be safe for Aalando to ride alone because he was not familiar with the ride and nearly blind,” the court document stated.

The Branson Coaster staff is accused of refusing to allow it, making Aalando ride alone, and telling the family he could safely operate the cart.

The cart containing Perry suddenly decelerated and appeared to stop. Because he felt the cart stop, Perry believed the ride was over, and exited the cart. Unable to see, he fell into the suspended track, where his legs were crushed and pinned, trapping him.

At the time, Perry was in the middle of the ride’s course.

When he did not return, his family became concerned, and he was found trapped, and emergency services were notified of the situation.

The lawsuit said The Branson Coaster, through employees and representatives, were negligent in providing ordinary and reasonable care, breached their duties, in multiple ways including:

In allowing Perry to ride alone;

In failing to accommodate Perry’s disability;

In requiring him to ride alone;

In failing to allow him to ride a double cart;

In failing to enforce rules regarding required eyesight;

In failing to watch the ride and stop it after Perry mistakenly exited the ride;

In violating their own policies and procedures.

The lawsuit says because of the “severe injuries to his legs” Perry has endured “ongoing treatment including multiple surgeries and therapies in an attempt to avoid amputation.” The lawsuit claims Perry “had paid or become obligated to pay for, and will in the future pay” for medical care and treatment related to the injuries from the accident.

The lawsuit claims Perry was “capable of doing and performing work and labor” but because of his injuries he now has a diminished capacity “for work, labor, and pleasure.”

The suit asks the court to provide damages which “will fairly and justly compensate” Perry for his injuries and other items stated in the lawsuit.