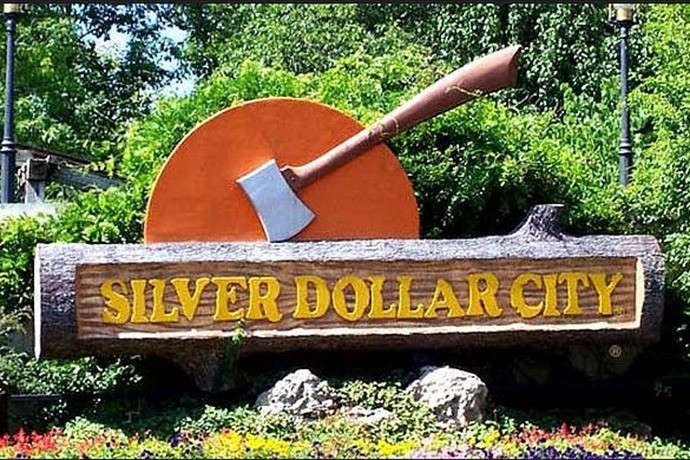 The annual Fall Festival at Silver Dollar City is underway.

The full release with more information is below:

Foggy Hollow is a magical canopy of beautiful lighting, enhanced by a foggy glow. As guests enter the winding Foggy Hollow pathway, they will be immersed in dramatic cascading lights all around and lights above. Music will add to the experience.

Spanning “The City” are pumpkin sculptures such as a 14-foot ‘Lucky’ Dog (the Dalmatian mascot of the kids’ area called Fireman’s Landing), colorful, friendly bats with 5-foot wingspans perched atop lighted areas, a massive cat, pumpkin craftspeople (patterned after the City’s own craftspeople) and an icon scarecrow more than two-stories tall. The Garden of Giants also returns with real half-ton pumpkins set along new expanded paths at Wilson’s Farm. Themed decorations drape pathways, along with vibrant lighting all throughout the park.

While thousands of hand-carved pumpkins glow throughout the park, rollercoasters speed through the night skies, traveling the hills and hollows of the Ozark Mountains with record-breaking thrills, drops, loops and views. There are 40 rides & attractions throughout the park, most with scenic views of pumpkin illumination. For the littles, the night comes alive with the blacklight, glow-in-the-dark dance party where kids can dance alongside life-size pumpkin pals.

This season, the Harvest Tasting Passport makes a return with more specialty foods than ever before, including all things pumpkin:

Daytime Crafts & Cowboys
During the day, demonstrating crafters share their talents while live music comes from outdoor stages. Cowboy lore is brought to life by legendary chuckwagon chefs and storytellers of western adventures.

New this year, the Chuckwagon Cook Off takes place in Cowboy Camp, with each chef battling it out by preparing a traditional cowboy dish, tested by the audience. Guests choose the Chuckwagon king by a show of whoops and hollers.

Returning this season, is famed watercolor artist, Buck Taylor, known from his youth on the TV series ‘Gunsmoke’ and now seen in the series ‘Yellowstone.’

In the streets and courtyards, there are dozens more demonstrating crafters along with several world-renown pumpkin carvers. The Makers’ Market houses some of the more intricate creations such as handcrafted jewelry, quilts, applique and woven rugs.