College of the Ozarks Jones Theatre Company to present “Of Prophets and Fools: The Horace Bender Story,” Dec. 2-4 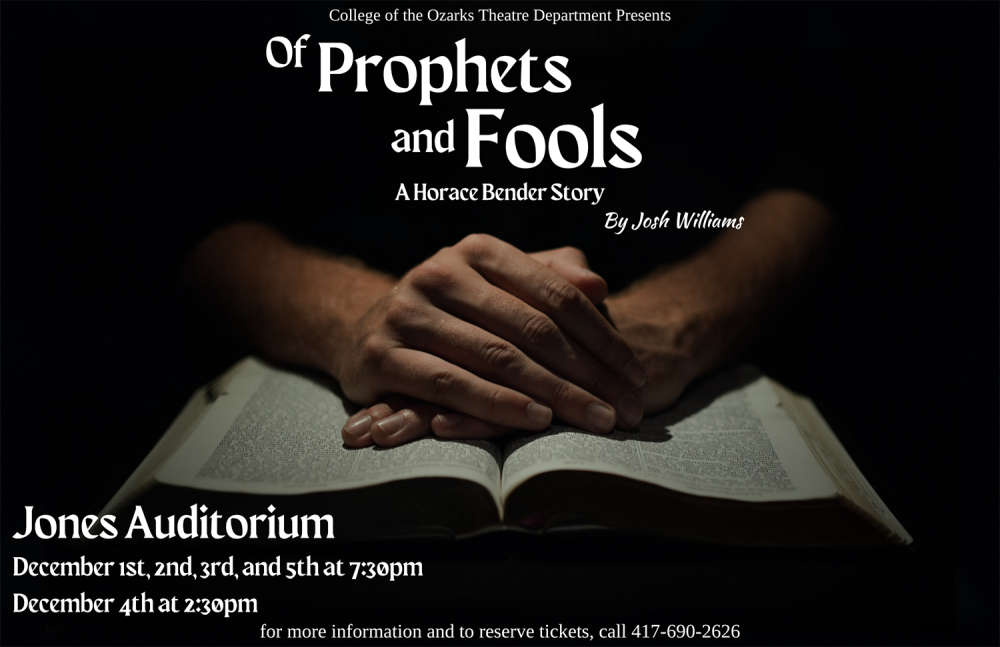 Photo courtesy of College of the Ozarks

POINT LOOKOUT, MO. — The College of the Ozarks Jones Theatre Company will present “Of Prophets and Fools: The Horace Bender Story,” as its winter production.

The production, written by Josh Williams, College of the Ozarks 2000 theatre graduate and radio station manager, will be performed by C of O students and directed by Lisa Young, associate professor of theatre. The synopsis of the play focuses on the life of Horace Bender, a young man with a speech impediment, who is kicked by a horse and pronounced deceased.  Three days later, he wakes up at his own funeral with a message from God: The world is coming to an end on Sept. 22, 1874.  Believing himself to be tasked with a divine assignment, Horace travels the Midwest sharing the news of the impending end of time.  Upon meeting Christine, Horace finds that a combination of true love and one man's wrath threatens his mission's success.  However, as Sept. 22, 1874 looms closer, it becomes clear that his most significant threat is time itself.