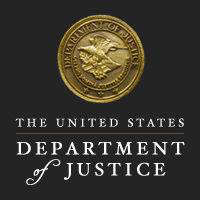 A man from Branson has been sentenced in a case involving a scheme to get under age children to send him explicit content while a teacher in the Cassville School District.

A press release from the United States Attorney's Office Western District of Missouri identifies the man as 31-year-old Brandon Lane McCullough, who was sentenced on Tuesday to 30 years in Federal Prison without parole after he pled guilty last year to three counts of the sexual exploitation of a minor and two counts of coercing and enticing a minor to engage in illicit sexual activity.

An investigation into McCullough began in 2020 when authorities in New Jersey contacted federal agents in Missouri after a parent had reported her 14-year-old daughter was having explicit discussions and sending explicit images to McCullough, who was posing as an underage boy in the conversations. The release says McCullough used this pattern with several other victims blackmailing them into sending the content under the threat of sending the images to their parents. McCullough at the time was a business teacher at Cassville High School.

In addition to the 30 year sentence, McCullough will be under supervised release following his prison term and is to pay restitution to one of the victims.

The complete release can be read below:

A southern Missouri high school teacher was sentenced in federal court today for a sextortion scheme in which 11 identified child victims, and dozens more child victims who have not been identified, were coerced to send him pornographic images and videos.

“This defendant, a high school teacher, pretended to be a teenager online in order to prey upon young victims across the country,” said U.S. Attorney Teresa Moore. “He victimized 11 children who have been identified, and many more who have not yet been identified, in a horrific sexploitation scheme. He enticed countless child victims to send him explicit images of themselves, then threatened to share those images with their families and friends over social media unless they continued to send him even more explicit images and videos. Such appalling criminal behavior warrants the severe penalty he received today.”

Brandon Lane McCullough, 31, of Branson, Mo., was sentenced by U.S. District Judge M. Douglas Harpool to 30 years in federal prison without parole. The court also sentenced McCullough to spend the rest of his life on supervised release following incarceration, and to pay $204,199 in restitution to one of his victims.

“Today’s sentencing is reflective of just how despicable and damaging McCullough’s crimes against children are and emphasizes HSI’s dedication to hold perpetrators accountable,” said HSI Special Agent in Charge of the Kansas City area of operations Katherine Greer. “We, alongside our law enforcement partners, are committed to the eradication of sextortion from our communities, but we need the public’s help. HSI asks parents, guardians, teachers, caregivers – anyone who interacts with a child – to be on the lookout for, and report, suspicious online behavior to the proper authorities, regardless of whether the individual is in a position of public trust, like McCullough.”

McCullough was a business teacher at Cassville High School in the Cassville R-4 School District at the time of the offense.

On Aug. 4, 2021, McCullough pleaded guilty to three counts of the sexual exploitation of a minor and two counts of coercing and enticing a minor to engage in illicit sexual activity.

The federal investigation began on Feb. 14, 2020, when a police detective in New Jersey contacted federal agents in Missouri. The mother of a 14-year-old victim had reported to the local police department that her daughter was using the Kik application to have sexually explicit conversations, and to send sexually explicit images, to McCullough.

McCullough portrayed himself as a 15-year-old boy when he began chatting via Kik with Jane Doe 1 in May 2019. McCullough threatened to send the sexually explicit images and videos to the Jane Doe 1’s family and friends unless she sent him additional images and videos. Jane Doe also engaged in a Kik conversation with another user, who was actually McCullough portraying himself as a 17-year-old boy. When Jane Doe told this false persona that she was being blackmailed, he told her to continue meeting his demands.

On May 7, 2020, law enforcement officers executed a search warrant at McCullough’s residence. They seized an external hard drive that was concealed beneath a basket under a bathroom sink in the basement. The hard drive contained dozens of Kik folders, which contained chats as well as thousands of images and videos of child pornography that were self-produced by the child victims, some of whom were younger than Jane Doe 1.

Based upon a forensic examination of the computer hard drive recovered from McCullough’s residence, investigators were able to identify 10 additional child victims of McCullough’s sextortion scheme. Dozens more child victims could not be identified. McCullough followed a similar pattern with each victim, extorting the victims to produce sexually explicit images and videos with the promise he would delete all the images once the new ones were sent. When the victims sent the videos and/or images, McCullough would start the cycle again. This activity began at least as early as Nov. 1, 2018.

This case was brought as part of Project Safe Childhood, a nationwide initiative launched in May 2006 by the Department of Justice to combat the growing epidemic of child sexual exploitation and abuse. Led by the United States Attorneys' Offices and the Criminal Division's Child Exploitation and Obscenity Section, Project Safe Childhood marshals federal, state, and local resources to locate, apprehend, and prosecute individuals who sexually exploit children, and to identify and rescue victims. For more information about Project Safe Childhood, please visit www.usdoj.gov/psc . For more information about Internet safety education, please visit www.usdoj.gov/psc and click on the tab "resources."