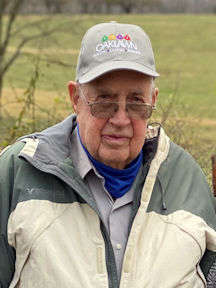 He was born November 24, 1930 in Barry County, Missouri the son of Warren and Florence (Pippin) Steverson. He was united in marriage to Dora Garrison and later to Edith Sanders, both of whom preceded him in death. Also preceding him in death were his parents and all seven of his siblings.

Chet grew up and attended school in Cassville, Missouri graduating from Cassville High School. After graduating he enlisted in the United States Army serving during the Korean War. Upon returning to Barry County, he purchased and drove a truck as an independent driver. He enjoyed cattle farming, hanging out at Hill Top, fishing, especially at Roaring River and playing dominoes and pitch, especially with his grandchildren, great grandchildren and great great grandchildren.

Services will be held at 2:00 P.M. Friday, November 25, 2022 at Fohn Funeral Home in Cassville. Brother Tony Ball will conduct the services. Burial will be at Corinth Cemetery in Cassville, Missouri.

The family will receive friends from 1:00 P.M. until service time Friday at Fohn Funeral Home in Cassville.