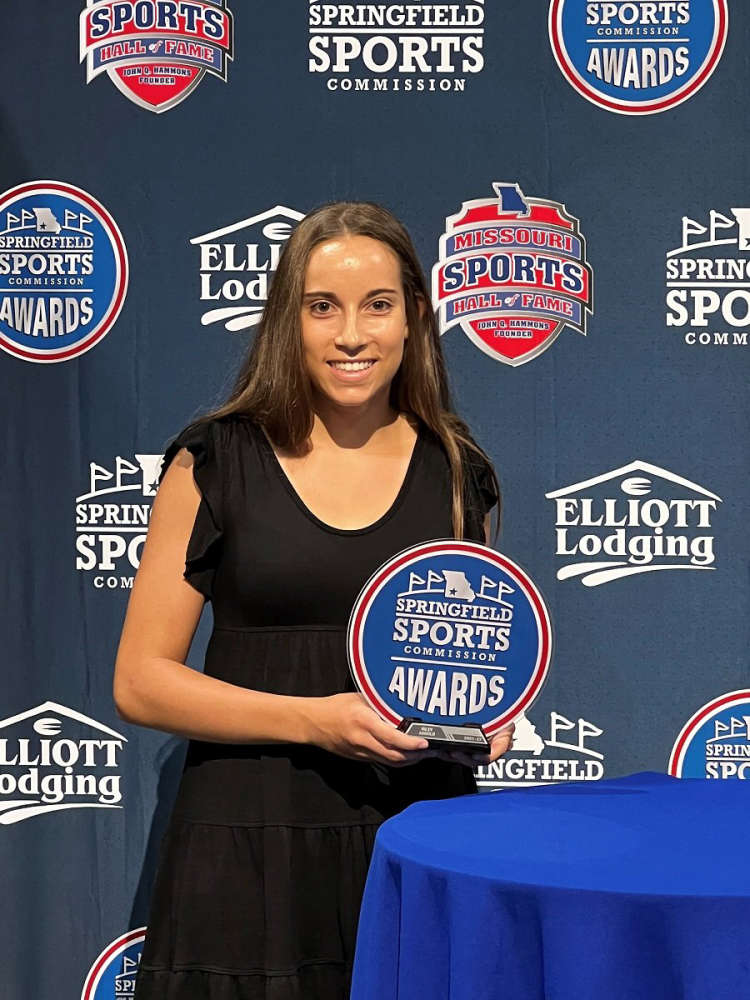 Arnold was named the Female Athlete of the Year at the Missouri Sports Commission Ceremony Tuesday night in Springfield. Arnold was selected again this year for her performances in Cross Country, where she won a fourth straight individual State Title, as well as her earning All-State honors in Basketball, Track & Field, and Volleyball.

Among the other Elliott Lodging' Sports Commission Awards presented by Harry Cooper Supply awarded Wednesday night was the Male Athlete of the Year which went to John Gholson of Nixa.

According to a release from the Missouri Sports Hall of Fame, nearly 900 people were in attendance at Tuesday's event.

The complete release from the Missouri Sports Hall of Fame can be read through the link below: